Zarif:
Iran Immune to US Economic Terrorism
TEHRAN (defapress)- Iranian Foreign Minister Mohammad Javad Zarif, in a meeting with Qatari Emir Sheikh Tamim bin Hamad Al Thani, said Washington’s anti-Tehran economic terrorism has fruited nothing but insecurity in the region, underlining that his country is not challenged by the US sanctions.
News ID: 78383 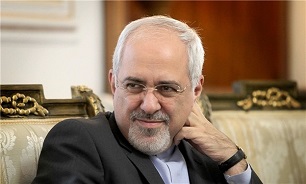 "Economic terrorism [waged by the US] has no effect on the Iranian nation and it has only made the region more insecure," Zarif said in a meeting with Qatari Emir in the country's capital city of Doha on Monday.

The top Iranian diplomat also reaffirmed the Islamic Republic's policy to expand ties with all its neighbors and hailed Tehran-Doha relations as a "model" of political relations among countries in the region.

The Qatari monarch, for his part, pointed to the close and brotherly relations between Iran and Qatar, underlining the need for bilateral consultations and deliberations concerning regional and international issues as well as a concerted effort to resolve problems in the region.

Zarif, who arrived in Qatar on an official trip on Sunday, left Doha on Monday.