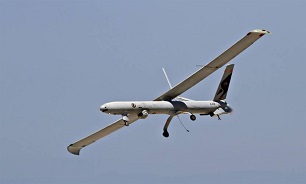 According to a statement by the popular movement, the unmanned aerial vehicle (UAV) was shot down “by the air defenses of the 12th Brigade of Hashd al-Sha’abi” while the reconnaissance aircraft was flying over the outskirts of the capital on Thursday evening, , the Arabic-language al-Soumariah television network reported.

The development came after the group warned Wednesday that foreign aircraft flying over the country would be treated as “hostile”.

“We have informed the Joint Operations Command that we will regard any foreign aircraft flying over our headquarters without the knowledge of the Iraqi government as hostile, and will deal with it accordingly,” the statement said.

It was issued by second-in-command of the PMU, Abu Mahdi al-Mohandes, who also blamed the US and Israel for recent explosions at the group’s bases in the Arab country.

“We have evidence that shows the US has brought four Israeli drones into Iraq,” he said, adding, the Americans “are using the drones to target the PMU and Iraqi bases, rather than targeting the Daesh” terrorist group.

Mohandes also vowed that “from now on we will target any drone flying over our bases.”