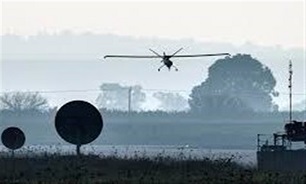 Hezbollah said in a statement early on Sunday that its rockets had downed the drones flying over Dhahyeh region south of the Lebanese capital.

The movement said one of the drones fell in Dhahyeh and the second drone exploded near the ground in another nearby suburb.

The Israeli military said it does not comment on foreign reports.

Residents in Dahyeh said they had heard the sound of a blast. A witness said the army closed off the streets in one neighborhood where a fire had started. No other information was immediately available.

Lebanon has complained to the United Nations about Israeli aircraft regularly violating the country’s airspace in recent years.