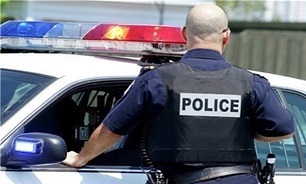 Police Chief Hank Stawinski said at a press conference that around 12 people were at a 2-year-old's birthday party when an individual fired shots into the gathering.

Police said three of the seven people shot are critically injured, but Stawinski said they're expected to survive. All seven are between the ages of 18 and 20.

The chief didn't release information about the suspect, who is still at large. He said there may have been words exchanged before the shooting.