US, China Agree to Restart Trade Talks Next Month
TEHRAN (defapress) – The US and China have agreed to resume face-to-face negotiations in a bid to ease tensions in their rapidly escalating trade war, according to statements from both Washington and Beijing on Wednesday night.
News ID: 78605 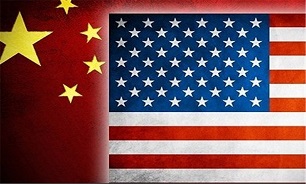 The decision to press ahead with a new round of direct talks came after a call between Liu He, China’s vice-premier, and top US officials including Robert Lighthizer, the US trade representative, and Steven Mnuchin, the US Treasury secretary.

“They agreed to hold meetings at the ministerial level in Washington in the coming weeks,” a USTR spokesperson said in a statement. “In advance of these discussions, deputy-level meetings will take place in mid-September to lay the ground work for meaningful progress,” he added, The Financial Times reported.

China’s commerce ministry was more specific with regard to the timing, saying that the visit to Washington by top Beijing officials was set for early October.

Stock markets in Asia welcomed the news. The CSI 300 benchmark of Shanghai- and Shenzhen-listed stocks closed up 1 per cent and Japan’s Topix ended the day 1.8 per cent higher.

The resumption of direct talks — the first since negotiations in Shanghai in late July — will offer some modest hope that the US and China can avert a further deepening of their trade conflict, which has raged for a year and a half. However, few expect the two countries to move quickly back to the position they were in last April, when they were on the verge of a deal.

The decision to press ahead with more talks comes amid growing alarm about the impact of the US-China trade war on the global economy. In the US, the pain from the tariff battle is showing signs of spreading from agricultural states, which were hit hard by China’s retaliatory tariffs, to the manufacturing sector, which is suffering from weakening demand internationally. This week, two Republican senators travelled to Beijing for talks with senior Chinese officials, including Liu, in a visit that was widely viewed as an effort to lay the groundwork for a possible detente.

“President (Donald) Trump and President Xi (Jinping) have developed a special relationship, and we are hopeful their renewed negotiations proceed to a productive conclusion,” said David Perdue, the Georgia senator and cousin of Sonny Perdue, the US agricultural secretary, adding that the US president “deserves high marks for standing up for American workers, farmers, and manufacturers”.

Trump said this week the US was “doing very well” in its negotiations with China and warned that any deal would be “much tougher” for Beijing if talks dragged on until after he won re-election next year.

Last month, after the Shanghai talks, Trump ramped up the trade war dramatically with China, leading to a rapid cycle of tit-for-tat escalations between the world's two largest economies. The US moved to impose 15 per cent tariffs on $112bn of additional Chinese goods, on top of 25 per cent levies already in lace on $250bn of Chinese imports, and labelled Beijing a currency manipulator. China also moved to slap its own retaliatory levies on US products.

Companies are adopting new strategies to deal with the disruption. Shortly before the 15 per cent tax on China went into effect at the weekend, US retailer Target told suppliers it would refuse to “accept any cost increases related to tariffs” imposed by Trump.

Eswar Prasad, a China expert at Cornell University, said the Chinese side was “willing to talk and engage, but probably not willing to make major new concessions if that’s what it takes to get a deal”.

“Nevertheless, the prospect of another round of talks, even as tariffs mount on both sides, provides at least a faint glimmer of hope that additional trade and economic tensions might be averted,” he added.

If no breakthrough is reached in the negotiations, further escalation is already scheduled. On October 1, the $250bn of Chinese goods that have already been subject to 25 per cent levies will see those tariffs rise to 30 per cent, further straining both economies. In mid-December, a new batch of Chinese imports, worth $156bn, will be hit by 15 per cent tariffs.

Trump and Xi last met in June at the G20 summit in Osaka and agreed a trade truce. But that was shortlived amid a breakdown in trust. US officials had particularly been counting on the resumption of farm purchases by Beijing but they never materialized.

The leaders were within striking distance of a wide-ranging agreement to end the trade war in April, including commitments from China to rein in practices ranging from forced technology transfer to intellectual property theft. But those talks broke down in acrimony in early May.