Rezaei:
Iran will not be deceived by US's sacrificing Bolton
TEHRAN (defapress) – The Secretary of Iran's Expediency Council Mohsen Rezaei said that Tehran will not be duped by US President Donald Trump’s decision to fire its hawkish National Security Advisor John Bolton.
News ID: 78654 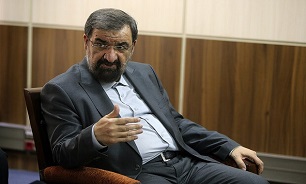 In a tweet late on Tuesday, Rezaei pointed to his meeting with Song Tao, the head of the International Department of the Central Committee of the Communist Party of China in late June in Tehran.

“America is a real tiger in tactics but a paper tiger in strategies,” he quoted Tao as saying in the meeting.

“We will cage this tiger and tightly close its door, I told him,” Rezaei added.

“We will not be deceived by sacrificing Bolton.”

On Tuesday, Trump abruptly fired Bolton amid policy disagreements with his aide, who was believed to be the driving force behind the US president’s highly belligerent Iran policy.