Lavrov:
US Seeks to Rewire Latin American Landscape for Its Own Needs
TEHRAN (defapress) – Washington’s policy in Latin America is only aimed at pursuing selfish US interests in the region, Russian Foreign Minister Sergey Lavrov said.
News ID: 78655 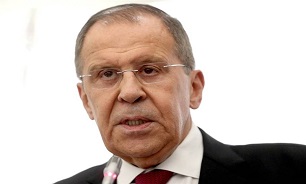 "Unfortunately, Latin America and the Caribbean now find themselves under serious pressure. We are deeply concerned over the US attempts to rewire Latin American political landscape for its own needs, in the spirit of the revived Monroe doctrine. What Washington has done is to usurp the right to use force where it sees fit based on its own assumptions in order to overthrow governments it is not satisfied with for whatever reason," Russia’s top diplomat in an interview with the National Institute of Information of Suriname published on Wednesday.

Lavrov emphasized that that such steps by Washington "disrupt the foundations of regional security and stability, lead to the polarization of Latin American societies."

The Russian foreign minister said that in its relations with the countries of this region, Russia, on the contrary, adhered to the principles of respect for sovereignty and honoring international law.

"Russia has consistently advocated a politically united and economically stable Latin America - only under this condition the region will be able to assert itself as one of the pillars of multi-polar world order. We aim to work collaboratively with everyone who shares our approaches in order to maintain peace and stability in Latin America and the Caribbean," he said, Tass reported.

Lavrov added that such cooperation is facilitated by the Treaty for the Prohibition of Nuclear Weapons in Latin America and the Caribbean (the Treaty of Tlatelolco), which is the first international instrument that makes an entire region a nuclear-free zone. "We are ready for further fruitful cooperation with our Latin American partners on strengthening the nuclear non-proliferation regime."