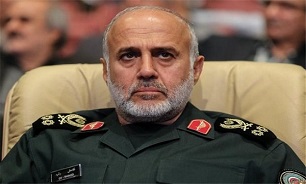 “Secret features of the Islamic Republic’s power is much beyond what has been revealed so far,” Major General Gholam Ali Rashid, the commander of the IRGC's Khatam al-Anbiya Headquarters, said on Monday in the 23rd nationwide IRGC commanders’ conference in Tehran.

“We have prepared ourselves for all probable situations and we will use all our capabilities to defeat the enemy,” he added.

Tensions reached a record high in the region after Yemeni forces launched attacks on Saudi oil facilities on September 14. Saudi and US officials rushed to blame Iran for the attacks without providing any credible evidence and said that they may consider a military response to Iran. Tehran has strongly rejected the accusations, also warning that any aggression on its soil will receive a crushing response.

“The fate of the region will be determined in the process of our current conflicts with the enemy and the final outcome will result from miscalculations of the enemy and from how we would use our strategic advantages in opportunities; and the victory is ours,” added Rashid.