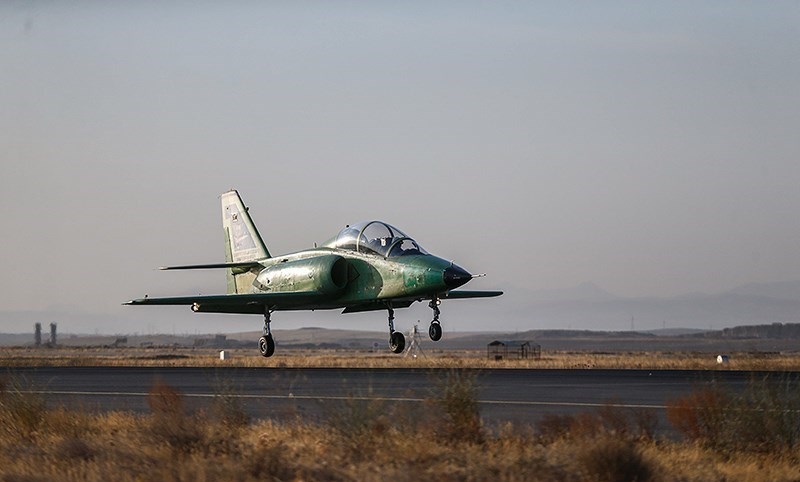 The jet trainer has been designed and built by specialists of the Iranian Armed Forces and is intended to be used for training fighter pilots.

According to the Public Relations Department of the Iranian Army, the aircraft made its first official flight over the Shahid Noje Airbase on Thursday morning at the behest of the Air Force’s commander.

Yasin jet trainer is 12 meters long and four meters high and weighs five and a half tons.

The aircraft's ejection seat is capable of working at zero speed and under any circumstances, propelling the pilots out of the fighter jet in a fraction of a second to a height of up to 100 meters.