Parliament Speaker's Advisor:
Iran Disappointed at Europe
TEHRAN (defapress)- Senior Advisor to the Iranian Parliament Speaker Hossein Amir Abdollahian said that his nation has become disappointed at the European states for their disloyalty in implementation of the nuclear deal, describing Britain, France and Germany as the US accomplices in pressures against Iran.
News ID: 79033 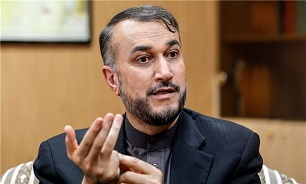 Amir Abdollahian wrote on his Twitter page that the reality is that Iran cannot pin hope on Europe anymore to implement the Iran nuclear deal also known as the Joint Comprehensive Plan of Action (JCPOA) as three major European countries of Britain, France and Germany share the work with the United States to weaken the Islamic Republic of Iran (through the sanctions).

He also criticized the EU-launched financial mechanism for Iran to skirt the US sanctions known as the INSTEX for incapability to help Tehran, stressing that Iran needs an action that can radically change the structure of economic terrorism namely the sanctions.

The JCPOA was signed between Iran and six world states, namely the US, Germany, France, Britain, Russia and China, in 2015. Washington’s exit in May 2018, however, the future of the historic deal in limbo.

Tehran remained fully compliant with the JCPOA for an entire year as confirmed by the IAEA in several reports, waiting for the co-signatories to fulfill their end of the bargain by offsetting the impacts of Washington’s bans on the Iranian economy. As the European parties failed to do so, Tehran moved in May to retaliate against Washington’s exit and began suspending its JCPOA commitments in 60-day stages under Articles 26 and 36 of the deal covering Tehran’s legal rights.

Iran has so far rowed back on its nuclear commitments three times in compliance with articles 26 and 36 of the JCPOA.

Earlier this month, Tehran announced its decision to further scale down its commitments to the 2015 nuclear deal. The move comes just as the US ramped up sanctions against Iran and is seen as a response to the EU’s inability to counter Washington. Iranian President Hassan Rouhani declared that the country will no more abide by restrictions put on its nuclear R&D program based on the nuclear deal as the third step to react to the Europeans' non-commitment to the JCPOA.

The Islamic Republic already increased its enriched uranium stockpile beyond the 300-kilogram cap set by the agreement, and began enriching uranium to purity rates beyond the limit of 3.67 percent.

Tensions mounted between Tehran and Washington last May, when President Donald Trump pulled the United States out of the 2015 nuclear deal with Iran, and re-imposed harsh sanctions against the Islamic Republic in defiance of global criticism. The American leader and his hawkish advisers National Security Advisor John Bolton and Secretary of State Mike Pompeo have since been stepping up pressure against Iranians.