Putin to Skip APEC Summit in Chile, Kremlin Says
TEHRAN (defapress) – Russian President Vladimir Putin has no plans to attend the Asia-Pacific Economic Cooperation (APEC) summit in Chile next month, the Kremlin said on Wednesday, adding that the decision had nothing to do with the ongoing riots in Chile.
News ID: 79130 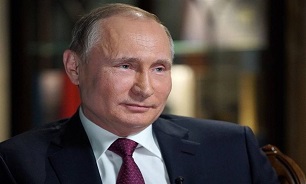 "It is not tied to the local riots," Kremlin spokesman Dmitry Peskov told reporters of Putin's decision to miss APEC.

Peskov added that Putin was planning meetings in Russia to tackle domestic issues during that time, Reuters reported.

The protests over inequality have resulted in at least 18 dead and 7,000 arrested, Chilean prosecutors have said.