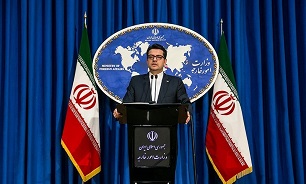 Asked by journalists about the reports of Rouhani’s letters to heads of the PGCC Member States and Iraq, Mousavi confirmed the reports on Saturday, saying, “After the honorable President of the Islamic Republic of Iran put forward the ‘Hormuz Peace Endeavour’ in this year’s United Nations General Assembly, he sent its full text to the heads of the aforementioned countries, and in the letter, he called for collective cooperation among all of them in processing and implementing it (the initiative).”

“This shows the Islamic Republic of Iran’s seriousness and that it cares about the regional countries when it comes to ensuring stability and security in the Persian Gulf region,” he added.

The spokesperson also said that Iranian Foreign Minister Mohammad Javad Zarif will soon send a letter to Secretary-General of the United Nations Antonio Guterres in this regard.