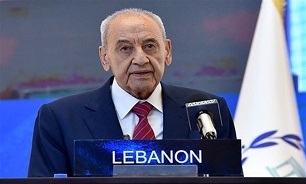 Protests fueled in part by anger over corruption forced parliament to postpone on Tuesday, delaying what would have been its first session in two months.

Berri called for two parliamentary committees to hold a joint session on Nov. 27 to discuss the draft laws, which echo demands of protesters who blame the country’s elite for rampant corruption and steering Lebanon deep into economic crisis.

The protests prompted Prime Minister Saad al-Hariri to resign on Oct. 29, leaving Lebanon at a political standstill as it looks to form a new government needed to enact urgent economic reforms.

A Lebanese prosecutor referred the caretaker minister and two former telecoms ministers for trial on Wednesday on charges of wasting public funds, among the first proceedings opened against high-level officials since the unrest erupted on Oct. 17.

The parliament session this week was slated to reelect members of committees and discuss an amnesty law that would lead to the release of hundreds of prisoners. Protesters were angry the MPs were not tackling their demands for reform.