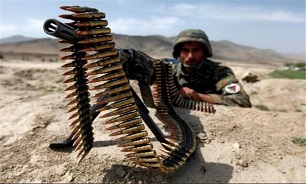 "A group of the Taliban insurgents attacked security checkpoints in Duazada Imam and Tangasuf areas of Kajran district at 1:00 a.m. Local time, triggering a gun battle which lasted for four hours," Ehsani told Xinhua. "Eight security personnel including police and army soldiers were killed and three others injured."

The official said Taliban militants also suffered casualties but could not provide an exact figure.

The central Daikundi province, with Nili as its capital 290 km west of Kabul, has been regarded as a peaceful province. However, the Taliban militants who are active in the neighboring Uruzgan province occasionally launch attacks on security forces there.