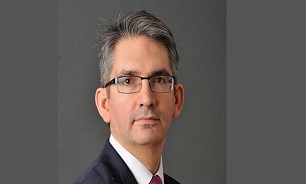 "We have to be honest about the level of skepticism, primarily in financial services, about the reality of what the [FATF] standards do. It's a lot of money, a lot of manpower, and we ask, 'What is the result?'" said Matthew Redhead, associate fellow, RUSI Centre for Financial Crime and Security Studies.

"It's incumbent on FATF to show that what it's doing works or FATF faces a credibility gap," Redhead said.

Matthew Redhead is a researcher and writer on financial crime and national security topics, and an independent risk consultant to the FinTech and RegTech sectors. He is also a regular contributor to Jane’s Intelligence Review on serious organized crime, financial crime, terrorism, and intelligence. He has extensive experience in financial services, having trained as a ‘front office’ banker for HSBC in the 1990s, and worked for the last seven years in various senior roles in that same bank’s financial crime risk function, leaving as Global Head of Strategic Intelligence in April of this year.

The Financial Action Task Force (FATF) is an intergovernmental organization founded in 1989 on the initiative of the G7 to develop policies to combat money laundering.