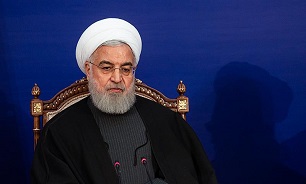 Speaking to reporters on the sidelines of a weekly cabinet session on Wednesday, Mahmoud Vaezi said Rouhani is scheduled to visit Malaysia and Japan later this month.

The presidential visit to Kuala Lumpur will be made at the invitation of Malaysian Prime Minister Mahathir Bin Mohamad, he added.

Vaezi also noted that Rouhani has decided to pay a visit to Japan at the invitation of Japanese leader Shinzo Abe after the trip to Malaysia.

The Iranian president and the Malaysian premier held a meeting on the sidelines of the 18th Non-Aligned Movement Summit in Baku in October.

In that meeting, Rouhani called for “new mechanisms for the development of mutual cooperation” with Malaysia.

Abe visited Tehran in June to become the first Japanese leader to travel to Iran in more than 4 decades.

The Japanese prime minister met with Leader of the Islamic Revolution Ayatollah Seyed Ali Khamenei and the Iranian president.