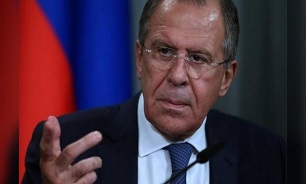 Russian Foreign Minister Sergei Lavrov and US Secretary of State Mike Pompeo held a meeting in the US capital, Washington, DC on Tuesday. During the meeting, the two sides discussed a wide range of issues including arms control, trade, domestic affairs, the situation in the Persian Gulf and the Iran nuclear deal, officially known as the JCPOA.

"We talked today about the fact that it's necessary to take some steps to prevent the crisis in the Persian Gulf from aggravating and to take some steps in relations with the problems that have arisen because of the unilateral withdrawal of the United States from the Joint Comprehensive Plan of Action [JCPOA] on the settlement of the Iranian nuclear program," Lavrov told journalists in a joint press conference with Pompeo after their meeting.

All necessary measures must be taken to preserve the JCPOA and secure Iran's right to nuclear energy for peaceful purposes, the Russian diplomat added.