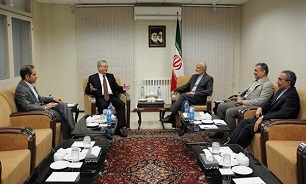 He made the remarks on Fri. in his meeting with prominent Chinese Prof. YanXuetong, Dean of the Institute of International Relations at Tsinghua University

Kharrazi lashed out at the sabotaging approach of western powers towards the independent states and emphasized, “signing and sealing a comprehensive 25-year cooperation document between Iran and China will provide the possibility of strengthening cooperation in different fields.”

Kharrazi put special emphasis on the key role of leaders in creating reforms and solving problems and added, “in revolutions, the role of leadership is very crucial for the guidance of nations, otherwise, movement of nations will lead to chaos.”