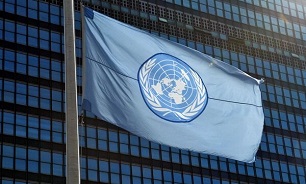 This came as the General Assembly adopted a decision titled “Occupied Syrian Golan” on Friday, with 157 states voting in favor, 20 states abstaining, and only Israel and the United States voting against, SANA reported.

This resolution affirms that seizure of lands by force is not permissible as per international law and the UN Charter, demanding Israel as the occupying authority to cease changing the architectural identity, demographic formation, institutional structure, and legal state of the occupied Syrian Golan, and to particularly cease building settlements.

The Assembly stressed in the resolution that any actions taken by Israel to change the identity and legal status of the occupied Syrian Golan are null and void, and that such actions violate international law.

The resolution also demanded that Israel cease imposing Israeli nationality and ID cards on Syrian citizens in the occupied Syrian Golan, and to cease oppressive actions against them, with the Assembly denouncing Israel’s violations of the Geneva Conventions.