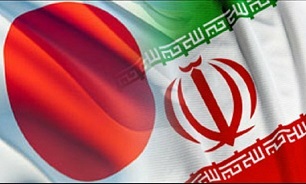 In a statement on Tuesday ahead of Iranian President Hassan Rouhani's Tokyo visit, the Ministry of Foreign Affairs of Japan reiterated resolve for "relentlessly making diplomatic efforts, in cooperation with relevant countries including the United States and Iran, in order to ease the tensions and stabilize the situation in the Middle East."

According to the statement, the visit will take place from 20th to 21st of December, during which Japanese Prime Minister Shinzo Abe "will exchange views candidly on topics of the bilateral relations, regional and international issues with the Iranian president as a part of such diplomatic efforts."

Rouhani's Tokyo visit will come after his three-day stay in Malaysia aimed at taking part in the Islamic countries' summit in Kuala Lumpur.

Abbas Araghchi further confirmed that Rouhani had no plan for talks with US officials during his visit to Japan.