Media:
US, China May Ink Phase 1 Deal Next Week
TEHRAN (defapress) – Multiple media reports said that the signing of a "phase one" US-China trade deal is expected as early as next week.
News ID: 79737 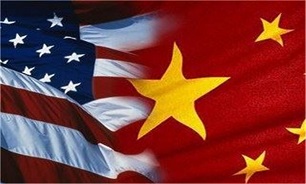 Washington and Beijing announced this month that they have reached the "phase one" agreement. Under the deal, China would be required to buy a large quantity of US farm products and better protect intellectual property.

Media outlets reported remarks by White House adviser Peter Navarro on Monday that the signing of the "phase one" will probably take place within the next week or so. He added that officials are waiting for the translation of the documents.

Hong Kong's South China Morning Post reports that China's Vice Premier Liu He is set to lead a delegation to Washington this Saturday.

It quotes a source as saying the delegation is expected to stay a few days in the US, according to NHK.

Under the deal, the Trump administration plans to reduce the additional tariffs it imposed on Chinese goods in September by half, starting from one month after the signing.

It is yet to be seen whether the signing would ease bilateral trade tensions, as some issues are not addressed in the "phase one" deal.