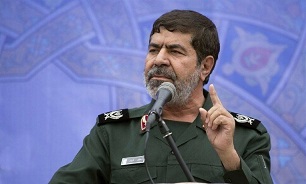 In comments on Friday, General Ramezan Sharif said the IRGC is going to “open a new chapter” after the martyrdom of General Soleimani in the US airstrike and the front of resistance is going to set out a new starting point.

The spokesman also noted that the late commander has multiple substitutes, although the IRGC does not deem it appropriate to publicize the names of his replacements.

He further stressed that Iran will soon exact revenge for the martyrdom of Major General Soleimani, adding, “Such momentary joy of Americans will definitely turn into mourning not too late, and we will take revenge for the blood of that glorious martyr.”

“Our determination to take revenge against the US and Zionism will be strengthened,” Sharif added.