Velayati:
US to pay for this 'terrorist' crime
TEHRAN (defapress) – Top Adviser to Iranian Leader Ali Akbar Velyati warned the United States of the consequences of its terrorist measure against IRGC Quds Force commander.
News ID: 79775 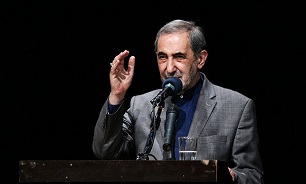 “Martyrdom of General Ghasem Soleimani, to whom we owe most of our victories, will give a new life to the Resistance Front,” Velayati said.

“Americans and their mercenaries will pay for the consequences of this terrorist crime,” he added.

With the support of regional countries, the Resistant Axis will take General Soleimani’s revenge, he said, adding that the path of the General will be followed with more resistance and authority.

The IRGC announced in a statement on Friday morning that Major General Soleimani and al-Muhandis were martyred in the attack carried out by US helicopters. The Iraqi pro-government group also confirmed the incident.

General Soleimani was one of the main figures in the fight against terrorism in the past several years in Iraq and Syria.

Iranian officials, including the Leader of the Islamic Revolution, have vowed to take revenge on US criminal terrorist act.