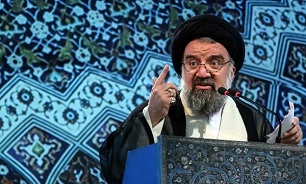 Americans, especially US President Trump, must be assured that Iran’s measures in response to US assassination of Gen. Soleimani will bring Washington misery, he said during Tehran Friday prayers sermon.

“Americans should know that they have not achieved victory, rather, they have come closer to a collapse.”

“I announce that Americans will not find peace anywhere in the world. Today, the Resistance movement in Iraq, Syria, and Lebanon want to take Soleimani’s revenge and now, with God’s grace, it is time to end the presence of these harmful beasts in the region,” he highlighted.