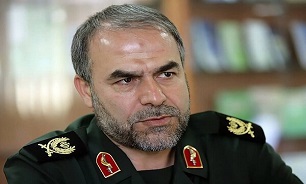 In an interview with MNA, Deputy Commander of the Islamic Revolution Guards Corps for Political Affairs said the IRGC missile attacks on the US terrorist forces in the airbase were what the IRGC had promised to the Iranian nation.

He added that Iran’s missile attacks have strategic importance due to the important role of the Ain al-Assad airbase in the US terrorist army’s regional operations.