Leader Offers Condolences for Deaths in Funeral Stampede, Plane Crash
TEHRAN (defapress) – Leader of the Islamic Revolution Ayatollah Seyed Ali Khamenei issued a message of condolence on the deaths of scores of people during the funeral of Lt. General Qassem Soleimani in Kerman and in a plane crash near Tehran.
News ID: 79845 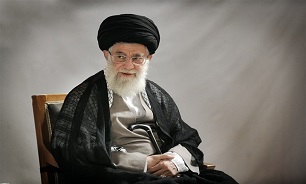 In the message on Wednesday, Ayatollah Khamenei described the “bitter and saddening” deaths at the funeral of General Soleimani in Kerman and the “tragic incident” of a plane crash that killed the Iranian and foreign passengers near one of Tehran’s international airports as “two grievous points” over the past two days.

The Leader also offered his deepest sympathy to the bereaved families of victims of the two incidents.

A crush of mourners during the funeral of top Iranian commander Lt. Genera Soleimani, who was assassinated in a US drone strike in Iraq, left at least 56 people dead and injured more than 200 others in the southern city of Kerman on Tuesday.

On Wednesday morning, a Boeing 737 plane operated by Ukraine International Airlines (UIA) crashed shortly after takeoff from the Imam Khomeini International Airport in southwest Tehran, killing all 179 people on board, including 147 Iranians.