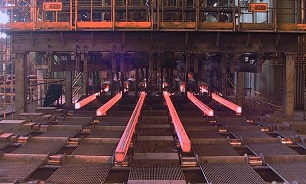 Following Tehran’s retaliation for the assassination of Iranian Lieutenant General Qasem Soleimani, US Secretary of State Mike Pompeo and Treasury Secretary Steven Mnuchin announced the new measures at a press conference at the White House on Friday.

The sanctions were initially promised by Trump on Wednesday after Iran launched more than a dozen missiles on two airbases in Iraq housing US troops.

Washington also imposed bans on eight senior Iranian officials, saying they were involved in the missile strike on the bases housing American troops.

“I think we have 100 percent confidence and we are consistent in our view that the economic sanctions are working,” he said. “That if we didn’t have these sanctions in place, literally Iran would have tens of billions of dollars. They would be using that for terrorist activities throughout the region and to enable them to do more bad things.”