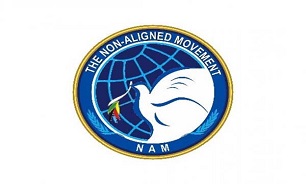 A number of 120 member states of Non-Aligned Movement (NAM) in a statement condemned US sabotaging move in non-issuance of visa for Iranian Foreign Minister Mohammad Javad Zarif and termed it as flagrant violation of agreement inked between US and other countries in the world as well as clear example of violation of international rules and regulations.

In this statement, 120 member states in the Non-Aligned Movement (NAM) called on all countries, which host UN meetings and other international institutions, to carry out their legal duty in the issuance of visa for representatives of NAM member states without any discrimination and unjustified delay.

In this statement, it has been emphasized that the political considerations of the host country should not prevent for participation of UN member states in meetings of this Organization.

It should be noted that US government prevented issuance of visa for Iranian Foreign Minister Mohammad Javad Zarif in order to participate in UN Security Council (UNSC) meeting on Jan. 9.

This is while that according to Article 12 of the agreement inked between the United States as host country and the United Nations, the US administration, apart from “Nature of Its Relations with of NAM Member States”, is obliged to facilitate travel of representatives of UN member states, the statement is read.