Iran:
UK Envoy Not Under Detention
TEHRAN (defapress)- Iranian Deputy Foreign Minister Seyed Abbas Araqchi categorically dismissed the claim that British Ambassador to Tehran Robert Macaire is under detention, asserting that the envoy was arrested and immediately freed because of participation in an illegal street event.
News ID: 79876 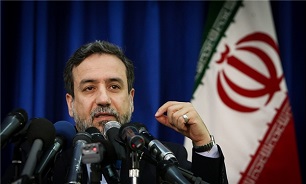 UK Ambassador to Tehran Robert Macaire “wasn't detained, but arrested as an unknown foreigner in an illegal gathering," Araqchi tweeted on Sunday in response to High Representative of the European Union Josep Borrell who had said, "Very concerned about the temporary detention of the UK Ambassador in Iran."

"Full respect of the Vienna convention is a must. The EU calls for de-escalation and space for diplomacy," Borrell noted.

"When police informed me a man was arrested who claims to be the UK Ambassador, I said [it was] IMPOSSIBLE! only after my phone conversation with him I identified, out of big surprise, that it's him. 15 min later he was free," Araqchi added.

The UK Foreign and Commonwealth Office has commented on the arrest of its ambassador in Tehran, terming it as being against international norms.

Some parliamentarians urged the Ministry of Foreign Affairs to take the necessary measures against the UK ambassador's move, which they said is "against all international norms".

Iranian Foreign Ministry said earlier on Sunday that it is waiting for the police report on the arrest of the UK Ambassador to Tehran Robert Macaire.

Macaire was arrested during a mourning vigil which turned into a protest in front of the Amir Kabir University in downtown Tehran where he was organizing and provoking people, senior police official told local media late on Saturday.

local media cited “informed sources” as saying that Macaire had been holding secret meetings inside a shop opposite the main gate of the Amir Kabir University to monitor the developments that led to the protest on Saturday.