Hezbollah:
New Stage of Confrontation against US Regional Deployment Started after General Soleimani's Assassination
TEHRAN (defapress)- Representative of the Hezbollah group at the Lebanese parliament stressed that a new stage of confrontation against the US presence in the region has started after the US assassination of IRGC Qods Force Commander Lieutenant General Qassem Soleimani.
News ID: 79877 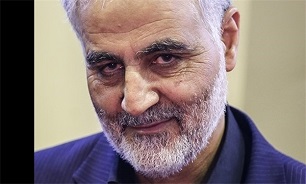 "The US military men's presence in the region has paved the ground for their occupation and hegemony over our country's fate," Hassan Fazlollah was quoted as saying by the Arabic-language al-Manar news channel on Sunday.

He referred to Washington's interference in Lebanon's internal affairs, and said the US prevents Beirut from resuming ties with Syria, while the country is the source for Lebanese people to supply food stuff in conditions of economic crisis.

Fazlollah underlined that assassination of General Soleimani was a milestone which started confrontation against the US presence in the region.

General Soleimani was martyred in a targeted assassination attack by the US drones at Baghdad International Airport early on Friday morning.

On Wednesday, the IRGC Aerospace Force launched heavy ballistic missile attacks on US Ein Al-Assad airbase in Southwestern Iraq near the border with Syria and a US operated airbase in Erbil in retaliation for the assassination of General Soleimani.