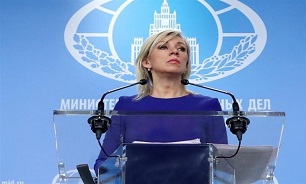 "In line with the agreements reached in Istanbul between the Russian and Turkish presidents, the Russian-Turkish meeting at the level of heads of the foreign and defense ministries, devoted to the Libyan settlement, began today in the Foreign Ministry’s Reception House. The representatives of the Libyan sides have arrived and will soon join the talks," the diplomat said, Tass reported.

A photo posted by Zakharova shows that the Russian and Turkish foreign and defense ministers, as well as Russian Presidential Special Representative for the Middle East and Africa Mikhail Bogdanov and Director of the Foreign Ministry’s Department for the Middle East and North Africa Alexander Kinschak are present at the negotiations.

The Russian and Turkish delegations are sitting in front of each other and there are some empty seats, with a ‘Libya’ sign placed on one of them. There is no information if this is for the Government of National Accord or the interim cabinet of Abdullah al-Thani that controls the country’s east jointly with the parliament supported by the Libyan National Army of Field Marshal Khalifa Haftar.

At midnight on January 12, a ceasefire entered into force between the conflicting sides in Libya as part of an initiative of Russian President Vladimir Putin and his Turkish counterpart Recep Tayyip Erdogan at the January 8 summit in Istanbul. Head of the High Council of State, Khalid al-Mishri announced that the truce between the Libyan National Army and the Tripoli-based Government of National Accord led by Fayez al-Sarraj was expected to be signed in Moscow on Monday.