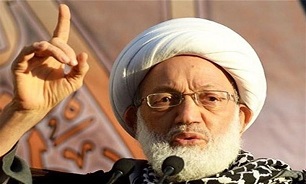 “The deal of the century, which is the deal of shame, dishonor, and treachery, has targeted our Ummah (community), identity and existence,” Sheikh Qassim said in a statement on Saturday.

The Bahraini Shiite leader further emphasized that the deal that has brought dishonor on many countries, governments, and organizations that support it.

Contribution to the US-Israeli plan is an explicit declaration of opposition to the Muslim Ummah, the top cleric added.

Sheikh Qassim also called on all Muslim nations to block this American-Israeli plot.

The deal of century ploy, fronted by Trump’s son-in-law Jared Kushner, had already been rejected by the Palestinians, who say the White House’s policies have been blatantly biased in favor of Israel.