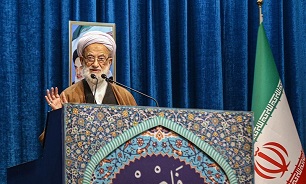 Addressing a congregation of worshipers in Tehran on Friday, Ayatollah Emami Kashani said Iran, the Arab, and the Islamic nations had many problems before the victory of the Islamic Revolution in 1979.

He also took a swipe at the US administration for proposing the so-called deal of the century for Palestine, saying such plot has only given the enemies more notoriety in the world.

The deal of the century is nothing but a scandal for the US and Zionists, the cleric underlined.

Ayatollah Emami Kashani finally called on all eligible Iranian voters to take part in the upcoming parliamentary election, stressing that participation in the polls would contribute to the country’s security and secure it against the hostile plots.

The parliamentary and Assembly of Experts elections will be held simultaneously across the country on February 21.