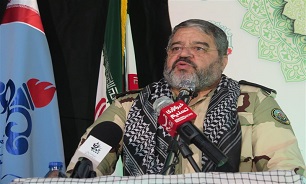 “(Iranian) Officials should have a common understanding of the defense and protection of the country’s critical cyber infrastructure,” Brigadier General Jalali told the Islamic Republic of Iran Broadcasting on Thursday night.

“The recent cyber attack on the country’s infrastructure was a DDOS type and aimed at blocking (public) services…,” he added.

“Since the Americans were unable to respond militarily to the downing of their drone over Iranian waters and to our missile attack on the Ain al-Assad airbase, they have resorted to continued economic pressure and cyberattacks on our country,” the official noted.

In a post on his Twitter account back in June, Iranian Minister of Communication and Information Technology Mohammad Javad Azari Jahromi said the country had managed to thwart about 33 million cyber-attacks against its sensitive sites last year.

“Last year, we neutralized not a single strike but 33 million attacks with the Dejfa firewall,” he wrote, stressing that the US tries hard but has not carried out a successful attack.

The remarks come against the backdrop of increased tensions between Tehran and Washington after the US forces in Iraq assassinated Iran’s revered commander Lt. Gen. Qassem Soleimani last month.