FM spox:
Return to Iran market to be hard for those ‘leaving’ under US bullying
TEHRAN (defapress) – Iranian Foreign Ministry Spokesman Abbas Mousavi has warned some foreign companies that have left the country’s market under the US bullying.
News ID: 80220 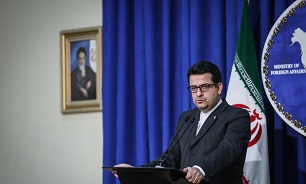 In a tweet late on Friday, Mousavi said some foreign companies that left Iran after surrendering to the US bullying should know that getting back to the Iranian market will be very difficult for them.

Trade Law says that maintaining market is harder than entering it, he said.

The spokesman said substitute companies will definitely replace those leaving the country.