Judiciary Chief:
Iranian People Winners of Elections
TEHRAN (defapress) – Iran’s Judiciary Chief Hojatoleslam Seyed Ebrahim Raeisi praised the presence of the people in the Friday elections and said they were the real winners of the polls.
News ID: 80306 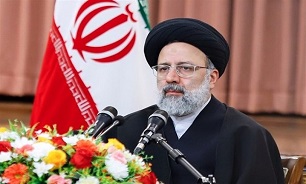 “The winners of the elections were the great nation of Iran, not a particular faction or party,” Hojatoleslam Raeisi said, addressing a meeting of the supreme council of the Judiciary in Tehran on Monday.

The top official further emphasized that now, it is the elected candidates’ turn to take action to resolve the people’s problems.