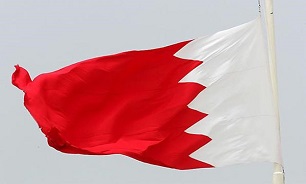 Bahrain's Health Minister Faeqa bint Saeed Al Saleh has claimed that Iran has not provided the Bahraini nationals in the country with the necessary medical care against the COVID-19 outbreak.

“It is clear that Iran has failed in this regard for several reasons,” she said, accusing Iran of lack of transparency and honesty in the fight against the new virus.

The Yemeni official also put the blame on Iran for the spread of the coronavirus in the regional countries without providing credible reasons for her claim.

This is while the available reports suggest that the Bahraini regime’s insufficiency in meeting the medical standards and the consequent spread of the virus into the home quarantines have enflamed people’s rage against the government.

Meanwhile, Iran has deplored any attempt at using the outbreak as a means of drawing political advantage and denounced certain countries for trying to associate their virus-related problems to alleged overseas sources.

The Islamic Republic has repeatedly declared its strict adherence to transparency concerning the extent of the outbreak within its borders and urged all against concealing the number of their virus-afflicted deaths and infections under political considerations.