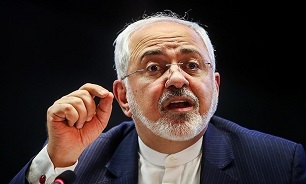 In a post on his Twitter account on Tuesday, Zarif said the unlawful US sanctions have drained Iran’s economic resources and impaired its ability to fight COVID-19.

“They (US sanctions) literally kill innocents,” he added.

“It is immoral to observe them: doing so has never saved anyone from future US wrath,” the Iranian foreign minister stated.

He asked other countries to “join the growing global campaign to disregard US sanctions on Iran.”

Last week, Zarif sent a letter to Secretary-General of the United Nations Antonio Guterres, denouncing the US’ sanctions as a major obstacle to the Islamic Republic’s fight against the coronavirus and urging that such unilateral and illegal sanctions should end.

Zarif emphasized in the letter that despite Iran’s scientific capabilities and the commitment that the country’s health system has shown to the fight against the coronavirus outbreak, the US’ sanctions on legal trade and the preconditions that the United States’ authorities have set recently in order to prevent the sale of medicine, medical equipment and humanitarian supplies have posed serious obstacles to the efforts to battle against the COVID-19 outbreak in Iran.