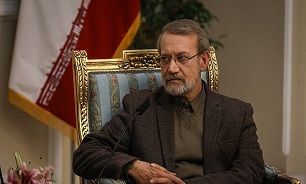 President Hassan Rouhani had submitted the Budget Bill for the next Iranian year to the Parliament in the presence of Parliament Speaker Ali Larijani and legislators on December 8, however, addressing this year’s budget bill in the Parliament was impeded by the coronavirus outbreak and closure of sessions.

On March 3, and in an answer to a letter of the Parliament speaker Ali Larijani to the Leader of the Islamic Revolution, asking permission for the implementation of Article 85 of the constitution about budget plan, Ayatollah Khamenei issued a decree order to send the ratified plan by the Parliament to the Guardian Council for final approval. The state decree is a means to facilitate procedures under the current circumstances.

Guardian Council spokesman Abbas Ali Kadkhodaie said in a presser held through video-conferencing on Wednesday that the Council has drafted 80 amendments to the next year's budget bill.