US Reaches 1,000 Deaths in Coronavirus Crisis
TEHRAN (defapress) – The death toll in the United States topped 1,000 on Wednesday night as the novel coronavirus continues to spread across the country.
News ID: 80616 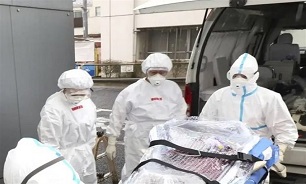 America's first death was reported on Feb. 29 and the rate has spiked over the past two weeks as extreme public health measures go into effect to combat the virus.

The US death count eclipsed 600 on Tuesday and 900 early Wednesday before reaching 1,050 early Thursday, according to the Johns Hopkins University data dashboard, USA Today reported.

States and cities have instituted shelter-in-place and stay-at-home orders in an effort to curb the spread of COVID-19. The number of cases continues to rise rapidly as testing expands nationwide.

Five other countries have death tolls higher than the US — Italy, Spain, Iran, China and France. Italy's number more than doubles that of Spain.

The US Senate came to a deal Wednesday on a $2 trillion aid package that includes $150 billion for hospitals and medical centers to handle the surging case loads.

Governors and local governments are playing an outsized role during the crisis as states enjoy broad autonomy under the Constitution and the Trump administration has left most of the decision-making to them.

The US had more than 69,000 confirmed coronavirus cases early, more than every country but China and Italy.