World Surpasses 1 Million Coronavirus Cases
TEHRAN (defapress) - Number of confirmed coronavirus cases globally soars past one million as the US reports more than 1,000 dead in a day.
News ID: 80696 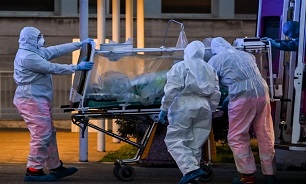 The number of coronavirus deaths topped 50,000 around the world on Friday as another grim milestone was reached with more than one million confirmed infections.

The United States reported the highest daily death toll of any country so far at nearly 1,200. It now has more than 6,000 fatalities as the contagion spreads.

More than 1,013,000 people have been diagnosed with COVID-19 globally, as the death toll surpassed 53,000, according to the data from Johns Hopkins University early on Friday.