G77, China Demand End to Sanctions against Iran amid Virus Pandemic
TEHRAN (defapress) – The Group of 77 and China called for an end to unilateral sanctions against countries like Iran and Venezuela during the coronavirus crisis, warning they could hinder efforts to tackle the pandemic.
News ID: 80710 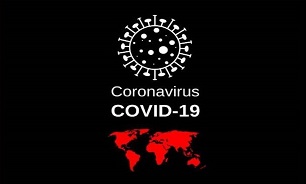 In a Friday statement implicitly aimed at the United States, which has sanctions against Iran and Venezuela, the coalition of developing nations said the application of “unilateral coercive economic measures will have a negative impact on the capacity of states to respond efficiently.”

It warned that such measures would affect targeted countries’ acquisition of medical equipment and supplies “to adequately treat their populations in the face of this pandemic.”

“We, therefore, call upon the international community to adopt urgent and effective measures to eliminate the use of unilateral coercive economic measures against developing countries,” the statement said, AFP reported.

Since the start of the year, the US has been rejecting demands for any suspension of sanctions that are having a serious impact on countries that have been badly hit by the pandemic, such as Iran.

In some cases, it has even tightened its punitive measures.

The European Union says sanctions must not be allowed to hobble the fight against the coronavirus.

European diplomats said that if any measures hurt a targeted country’s ability to battle the pandemic, exemptions can easily be made.

The UN General Assembly, however, recently failed to approve a Russian-backed resolution calling for UN solidarity in the face of the challenges posed by the new virus and urging an end to trade wars, protectionist practices and unilateral sanctions without UN Security Council approval.

Friday’s statement only targeted unilateral measures and not international sanctions taken by the United Nations against countries as North Korea.

China takes part in G77 business but does not consider itself to be a member of the 134-member coalition, meaning official statements are issued by the “G77 and China.”

The grouping represents three quarters of United Nations members and some 80 percent of the world’s population, according to the UN.