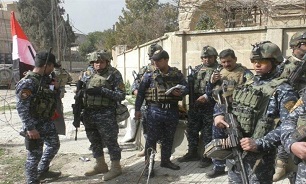 An Iraqi security source, speaking to the Arabic-language al-Sumeria news website on condition of anonymity, said the Arab country’s troops targeted a hideout of the Daesh terror group near Hamrin Mountains.

He added that seven militants were killed and several others injured during the assault.