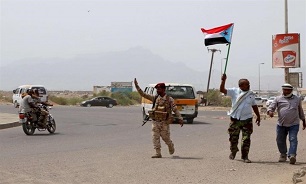 The separatists, once part of the Saudi-led military coalition against Yemen and loyal to the Arab country’s former president Abd Rabbuh Mansur Hadi, broke ties with Saudi-sponsored militants in Yemen and accused Hadi of corruption and mismanagement.

The Saudi-led coalition, comprised of a number of Saudi Arabia’s allies, the most significant of them being the UAE, invaded Yemen in March 2015 to restore power to Hadi, who had fled to Riyadh earlier amid a popular uprising.

The war has killed tens of thousands of Yemenis and pushed the entire country close to the brink of famine.

On Wednesday, members of the UNSC issued a statement expressing their concern that the STC’s actions “could distract from the efforts of (UN) Special Envoy Martin Griffiths to secure a nationwide ceasefire, confidence-building measures, and the restart of a Yemeni-led and owned inclusive political process.”

They also urged the self-proclaimed Hadi regime and the Houthi movement, whose members have helped establish a new government following Hadi’s escape, to “reinforce their engagement with a view to reaching agreement on the Special Envoy’s proposals as soon as possible.”

The UNSC also called on the STC to expedite the implementation of an agreement that was signed by the UAE-backed separatists and Hadi’s self-proclaimed regime in Riyadh last November with the aim of bringing about reconciliation between the two sides.

The agreement came after the separatists took over Aden — once declared by Hadi his regime’s “temporary capital” in Yemen — and opened a chapter of months-long bloody clashes between the two sides.

The STC was founded in 2017 and has since been receiving full support from the UAE, largely due to Abu Dhabi’s desire to exert control over southern Yemeni ports and through them over the maritime routes around the Arabian Peninsula.

A day after the STC declared the establishment of its so-called emergency rule in southern Yemen, the deeply-divided Saudi-led military coalition called on the separatists to return to the Riyadh agreement.

The clashes that preceded the Riyadh deal and the Emirati-backed forces’ recent declaration expose wide gaps between Saudi Arabia and the Emirates concerning the direction of a war that has fallen short of all of its objectives.