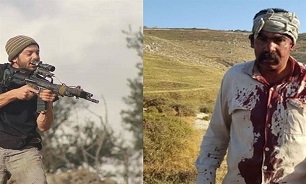 Two Palestinian young men suffered bullet injuries on Monday when armed settlers opened fire on them near the village of al-Mughayyir in northern Ramallah, according to Palestine Information Center.

An eye witness said the settlers brutalized and shot shepherds between al-Mughayyir and Turmus Ayya villageS.

Later, soldiers showed up to protect the armed settlers and fired tear gas canisters at local residents who rushed to the area to help the shepherds, the report added.

The victims were transferred to a hospital in Ramallah.

All Israeli settlements are illegal under international law.

According to human rights groups, incidents of sabotage and violence by extremist settlers against Palestinians and their property are a daily occurrence throughout the West Bank.