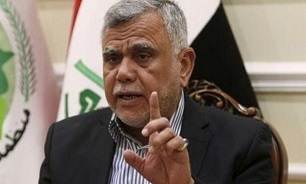 Issuing a statement on Saturday, Hadi Al-Amiri appreciated Ayatollah Sistani's fatwa on the fight against ISIL in 2014.

He also pointed to the important and influential role of the Islamic Republic of Iran in defeating ISIL in Iraq.

"We will not forget Iran's support for Iraq in the fight against Takfiri terrorism," said Al-Amiri.