Pompeo announces new round of US sanctions against Syria's Assad, his wife
TEHRAN (defapress) – To further weaken the government of Syrian President Bashar al-Assad, the United States on Wednesday imposed fresh round of penalties on 39 Syrian individuals and companies including Assad and his wife Asma personally, Mike Pompeo announced.
News ID: 81349 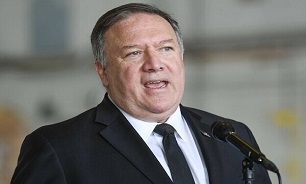 The Caesar Act, passed as part of an annual defense spending bill, contains the most severe sanctions on the government since the Syrian civil war began nine years ago, Al-Jazeera reported.

In a statement announcing the designations imposed under the Caesar Syria Civilian Protection Act - signed by President Donald Trump in December - US Secretary of State Mike Pompeo said 'many more' sanctions should be expected in the coming weeks and months.

He claimed that the 39 designated individuals and companies have played a key role in obstructing a peaceful political solution to the conflict and singled out Asma Al-Assad.

The new round of sanctions are imposed by the US while Iran and Russia have announced that they will continue cooperation with Syria despite the sanctions.