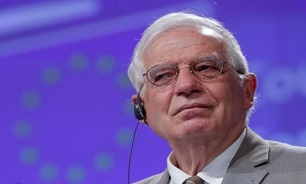 In a letter to Borrell on Friday, Zarif denounced the noncompliance by Germany, the UK and France regarding the nuclear deal, after the three European states drafted an anti-Iranian resolution at the IAEA Board of Governors.

The EU foreign policy chief, responding to the letter, said on Saturday, “I have received today a letter from the Foreign Minister of Iran referring Iran’s concerns regarding implementation issues by France, Germany and the United Kingdom under the Joint Comprehensive Plan of Action (JCPOA) to the Joint Commission for resolution through the Dispute Resolution Mechanism, as set out in paragraph 36 of the agreement.”

“As I have said previously, the Dispute Resolution Mechanism requires intensive efforts in good faith by all,” he said, adding, “As Coordinator of the Joint Commission, I expect all JCPOA participants to approach this process in this spirit within the framework of the JCPOA.”

The EU foreign policy chief concluded, “As we approach the fifth anniversary of the JCPOA, I should like to take this opportunity to recall the importance of the agreement. The JCPOA is a historic achievement for global nuclear non-proliferation contributing to regional and global security. I remain determined to continue working with the participants of the JCPOA and the international community to preserve it.”