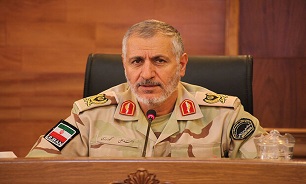 Commander of the Border Guard of the Law Enforcement Force of the Islamic Republic of Iran (NAJA) Second Brigadier General Ahmad Ali Goudarzi said that a series of negotiations have been held with Pakistani security authorities to secure the release of the two Iranian border guards who have been abducted at Mirjaveh border.

The Ministry of Foreign Affairs and the Border Guards are engaged in consultations with Pakistan to return the Iranian border guards home, he added.

12 Iranian border guards were abducted by the so-called Jaish ul-Adl terror group near the Pakistan-Iran border point of Mirjaveh on October 16, 2018 and were taken across the border to Pakistan. On November 22, 2018 five of them returned home through the efforts and cooperation between Iran and the Pakistani side.

Four out of seven remaining border guards, who were held hostage by a terrorist group in Pakistan, have been released in March 2019.