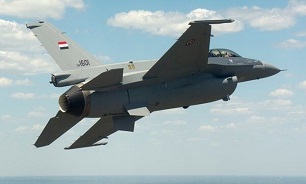 The ISIL bases have been destroyed during the operation, he added.

Two boats belonging to ISIL forces were also destroyed during the Iraqi airstrikes, he said.

They have managed to destroy these bases and the military equipment of ISIL terrorist forces, he added.

Iraqi security forces are trying to target the remaining elements and headquarters of the ISIL terrorist forces by carrying out counter-terrorist operations throughout the country.

The ISIL terrorist group still has a number of cells in the northern, eastern and southern regions of Iraq and has intensified its attacks on Iraqi civilians and security forces in the past two months which has been unprecedented since 2017.

Hashd al-Sha’abi forces and the Iraqi Army have carried out more than 60 military operations against terrorists during this period.